From an idea by brothers Nathanaël and Elisha Karmit at the film production and distribution company MK2 and completed in partnership with the firm DVVD, a new concept hotel has been opened in the heart of Paris. The Hotel Paradiso, the first cinema-hotel in the world, takes its name from the masterpiece by Giuseppe Tornatore and is an experiential place where the film dimension can be seen in every room.

The thirty four bedrooms and two suites transform into cinemas in just a few seconds with everything contributing to creating the "cinema effect". Laser projectors, three metre high screens, a vast selection of films, series, arthouse films and music playlists, lighting and sound effects are all controlled using a tablet. The full immersion cinema experience continues in the six mk2 Nation screening rooms on the ground floor and the outdoor cinema located on the panoramic terrace that has a breath-taking view over the rooftops and monuments of Paris.

The lighting designer Philippe Collet (Abraxas Concept), chosen by the Karmit Bothers to take care of the lighting in the hotel, found Targetti to be the ideal partner to use for the project. In keeping with the concept of “coulisses de theatre” (behind the scenes) that inspires his work Collet chose sober and minimal solutions.
In the bedrooms the Fortyeight system, equipped with adjustable projectors from the LABEL range, make it possible to create different lighting scenarios.
LABEL projectors on the Fortyeight system were also used by the lighting designer in the bar. Working on every single beam Collet wanted to recreate a real cinema atmosphere here too. In the public areas in the hotel, RAY Micro and CCTLED Micro provide comfortable general lighting. Ultra-minimalist lines of light produced by solutions from the Light Lines catalogue emphasize the walls and ceilings in the screening rooms. Keplero Mini Zoom and Dart contribute to creating the atmosphere on the panoramic terrace that provides a unique view of the city.
Products used 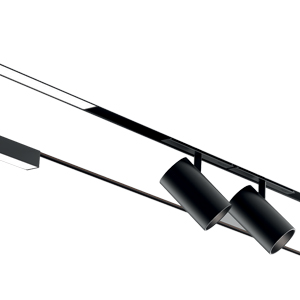 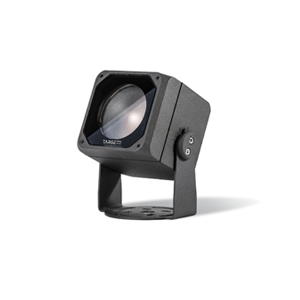